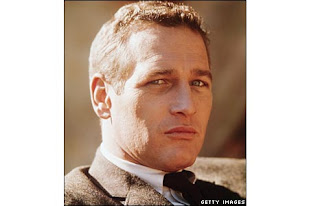 Hi everyone and please click on the title of this post to read more. Well, I’d like to start off by expressing my sadness over the passing of Paul Newman. I knew this day would come but had tried to put it out of my head. What a special person, so talented and such a bold humanitarian. He always stood up for what he believed in and used his celebrity to improve the quality of so many lives. Many of us know that Paul Newman started a camp for terminally ill children and raised hundreds of millions of dollars for charities through his Newman line food business. I am proud to say that my good friend, Jo, has spent many years volunteering at the camp and with her suggestion, Parents Who Rock did a charity performance to raise money for the camp last year. If you would like to donate to his camp, please click on http://www.parentswhorock.com/donate/Paul Newman was able to weave his good works into all the other creative and interesting things he did and he is one of my role models in this life. Thank you, Paul Newman, wherever you are.http://news.yahoo.com/s/ap/obit_newman.

We, too, can do good works as we are cooking and/or entertaining. As an example, I hosted a potluck brunch this week and donated the copious leftovers to a soup Kitchen in my town the following morning. It was a bit frustrating at first, because I had to look up the numbers, make the calls and leave messages to see when they would accept donations, but now I know the food pantries schedules and the next time will be easier. Again, it is all in the prep and organization. As a special perk, I was able to bring my kids with me to drop off the food and explain what we were doing and why. What a great learning opportunity. As I gave the kids a tour of the dining room where the diners would be seated, I was surprised and happy to find some Parents Who Rock performers tuning up their equipment to perform for the diners which they explained they do monthly. What a great town!

I will leave you all with a special recipe that ties in quite nicely with the spirit of giving, the season and the Jewish New Year. It is a tasty Apple Crisp recipe that I created when I had loads of apples from an apple picking outing and a social event to attend where I was asked to bring a dish. I hope you like it and pass on its tastiness this season. Also, here’s a tip: If you are transporting it hot, put hot pie plate or skillet in a used pizza box to carry. Finally, a use for those pizza boxes that they won’t allow us to recycle!

Step one:
Crust:
1 cup flour
1 stick softened butter
2 TBS sugar
2 TBS almond paste (comes in a tube in the baking section of supermarket-delicious to add but not vital)
pinch of salt

Combine ingredients and mush into a pie plate or skillet. Cook at 375 degrees until golden brown in a greased baking dish or pie plate. Remove and let cool.

Combine ingredients until sugar is dissolved and pour onto golden, cooked pie crust

Combine in a big bowl and spread on top of apples which are now on top of golden pie crust.