Celebrity Home Chef #16 and Just What I Need Today! 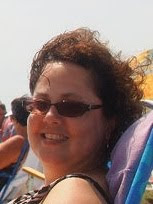 Hi everyone! As I am home with a little sickie with 103 degree fever, this recipe will come in very handy from our Celebrity Home Chef, Ariel Cooke.

This librarian from NYC says that this starts out as the classic Jewish chicken soup she learned from her mom who learned it from her mom and so on and so forth. She then changed it because she likes a heartier soup and doesn’t like to waste stuff.

Enjoy and keep sending in those recipes-only a few spots left!

“The Aromatics”
2 cloves garlic
2 bay leaves (organic is most flavorful)
1 parsnip, trimmed but not peeled
1 leek (wash carefully as they are very gritty)
1 onion
1 stalk of celery

1 whole chicken (if you can get an organic kosher hen, that would be the best of all possible worlds)
salt & pepper

Put everything in a large saucepot and fill with water until the chicken is barely submerged. Turn the burner on high. When the water comes to a rolling boil, remove the aromatics and reserve on a separate plate but leave the chicken to boil for one hour. Turn off the flame. Remove the chicken. Let the pot cool. Put the pot in the refrigerator overnight and scrape off the congealed, hardened fat. (Some people save this to cook with and call it schmaltz but I can’t deal with its icky sticky grossness.)

Now you have a classic Jewish chicken broth, which is just waiting for matzoh balls and a fresh dill garnish. You put back some of the carrot, throw away the other vegetables and make chicken salad out of the boiled chicken to serve for lunch on Shabbas.

But as I mentioned, I prefer a heartier soup and I don’t like wasting the vegetables. So I cut up everything into large dice-sized pieces, including the chicken, and throw it back in. Plus I use any leftover steamed vegetables I have in the refrigerator, especially broccoli, cauliflower and potato. I put in rice or pasta, depending on what I have lying around. I use different flavorings; my family’s favorite combination is probably lemon juice, cumin, turmeric and cayenne pepper. (My daughter has always had an unusual love of spicy food.) The turmeric turns it a lovely gold, btw. With a crusty whole grain baguette, the soup is to die for. And as with all soups, it’s better the 2nd and 3rd day–if it lasts that long.
—
Ariel